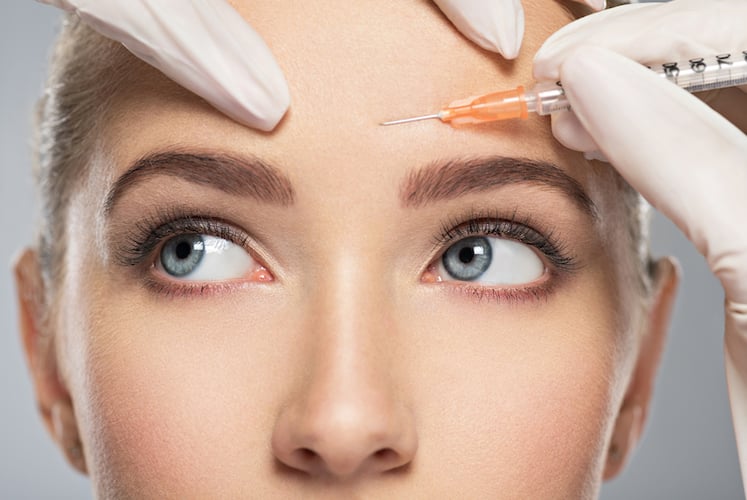 “Botox” is a registered trademark and the most popular version of the botulinum toxin on the market; this famous neurotoxin is a protein synthesized by the bacterium Clostridium Botulinum, which works by blocking the chemical signals that the nerves send to muscles in order to contract.

Many people use the term “Botox” to describe all of the commercial preparations of the toxin; however other trademarks are “Dysport, Xeomin, Myobloc, and Jeuveau”. The differences between the botulinum toxin preparations consist essentially in the diluent or preservative substance.

Dysport is the botulinum toxin synthesized by the Galderma laboratory (Abobotulinum Toxin A). It is a local neuromuscular blocking agent (muscle relaxant) adapted from the botulinum neuromodulator type-A. Just as any botulinum toxin preparation, Dysport works by blocking the acetylcholine receptors in the muscle, avoiding its contraction, and relaxing the target areas where it is applied; this neurotoxin is indicated for the temporary improvement of the appearance of the expression face lines and wrinkles secondary to the contractile activity of the facial muscles.

Both “Botox cosmetic” and “Dysport” have the same active ingredient: type A botulism. They both work the same way and their application and safety are pretty similar.

So what is the difference between Dysport and Botox?

The fundamental difference between Dysport and Botox consists of the preservative ingredient in which the toxin is mixed. The Dysport mix contains fewer protein residues, thereby is a purer form of botulinum toxin, which, clinically translates into a lower immune response.

Dysport preparation has a lower concentration of the active molecules but a wider spread gradient, which makes it better for larger areas such as the forehead, due to the advantage of covering greater surfaces with fewer units. However, this could be a risk if it spreads to an unwanted area, nevertheless, specialists trained in the application of the toxins are aware of these characteristics, so the risk is almost insignificant.

On the other hand, Botox preparation has demonstrated longer persistence of results in smaller areas such as the well-known crow´s feet, due to its lower spread gradient.

Another consideration to point out is that the chemical composition of Dysport could have traces of cow´s milk protein, therefore Botox is a safer option for patients suffering from severe allergy to the aforementioned protein.

When it comes to the Botox vs Dysport debate (and other Botulinum toxin preparations), you will find that it is really difficult to compare and choose which is best. Both injectables have excellent security profiles and success rates reducing the signs of line expressions.

It is not uncommon for patients to ask about complementary treatments along with botulinum toxin, such as facial fillers which help correct small furrows and scars, improving the whole appearance of the skin. The use of both procedures is becoming widely popular as a “Liquid facelift technique” since is an alternative to avoid a major surgery altogether.

For further information about liquid facelift technique, facial fillers and botulinum toxin application feel free to contact us, and we will gladly assist you at 772-337-1717 or fill this form here.